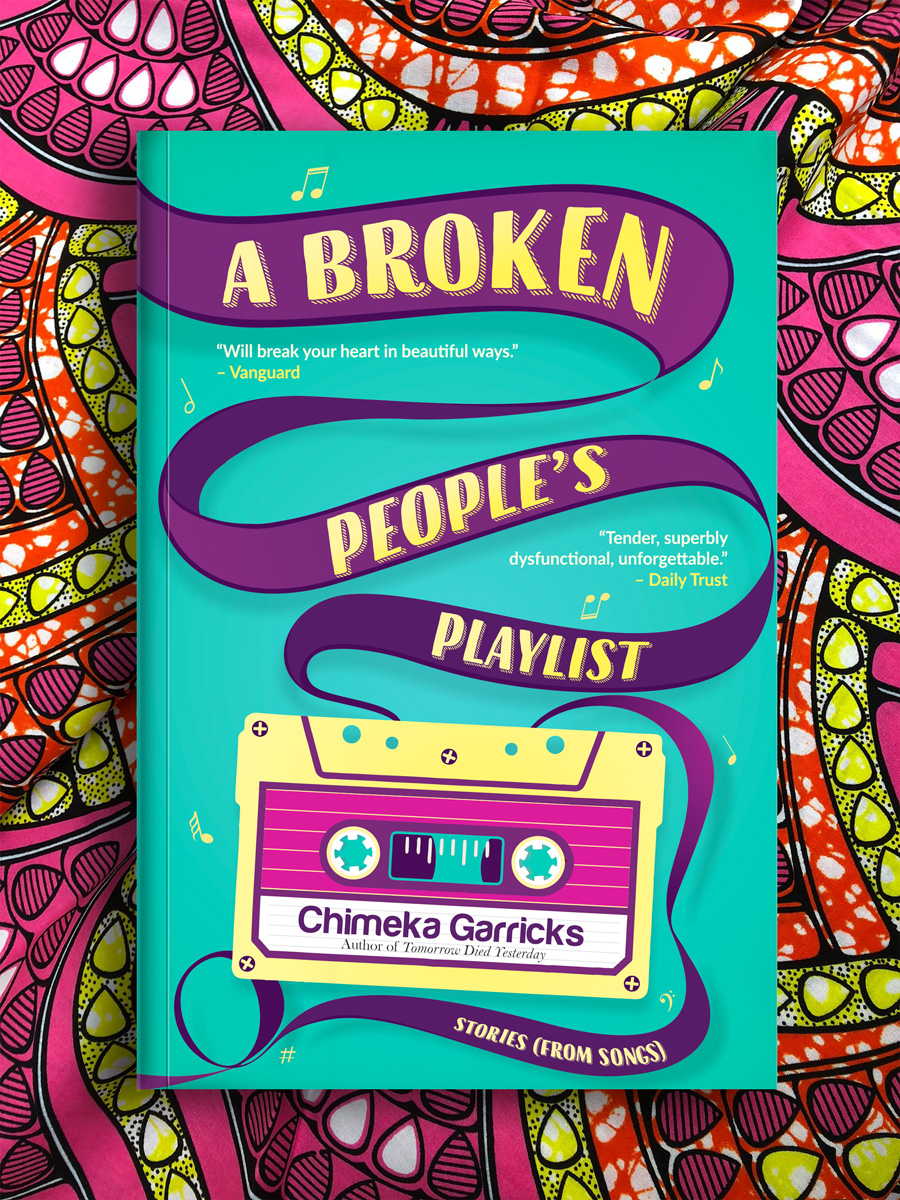 “We should play less chess and make love more”

Chimeka Garrick’s intricate and hypnotic “A Broken People’s Playlist” harnesses the enchantment of music in this lyrical collection of short stories that focus on characters in contemporary Nigeria and their very modern battles with love, life, hurt and forgiveness.

The theme we see from the beginning of the book woven throughout the narrative is loss. Unlike most other short story collections that are very different stand-alone stories cobbled together by a singular theme or location, the interconnectedness of the stories in A Broken People’s Playlist is so complex that one cannot shake the feeling that each story occurs almost simultaneously from different perspectives of people whose lives are deeply intertwined. That, I think, is the best part of this collection.

Each story is inspired from a song, with the first story inspired by Adam Levine’s Lost Stars (A personal favorite). I was curious to see how well the song translated into prose. I wondered: did the pace match, the lyrics as opposed to the plot, the emotion the song evokes, was all of that translated? When art transcends mediums, important aspects can sometimes get lost in translation. So I was curious, I listened to each song from which the inspiration sprung before I read each story with a healthy amount of skepticism. Brethren, I was shocked… in a good way. Each story matched the song, pace, lyrics and emotion easily. To me, the best story out of the collection is “In The City” inspired by Brymo’s song of the same title. That is not to say that each story in this collection isn’t a gem.

A Broken People’s Playlist is so easy to read. Though there is a wealth of characters, as there usually are with short story collections, each story is actually easy to follow. Some of the stories pack quite the emotional punch, the kind that leaves you in a mellow version of your feelings instead of ugly crying into a bottle of wine. It’s heartwarming in a way that slowly soothes away melancholia, like sliding into a gently steaming mug of coffee while it rains just outside your window.

Set in Port Harcourt, the scenes are so vivid that even though one has never set foot in modern day PH City, the places sound familiar. You can almost smell the teeming waterside or get lost in the winding streets of Diobu. A Broken People’s Playlist is wildly successful at portraying present day Nigeria not as a political hot-bed of religious tensions or a semi-war zone but as a place where ordinary people live and that is so refreshing. I have always thought our everyday stories are just as important as head-spinning political thrillers and A Broken People’s Playlist proves that.

Of course as with all works of art it can’t all be great. I raised my eyebrows a few times at the female characters in the stories; they were mostly either angry, sad, both, terribly ill or just generally making some questionable life choices. It isn’t out of the realm of possibility that modern females in Nigeria get by without all of that, perhaps we can also tell some of those stories? (Wild idea, I know.)

Really, that was my only grouse with this stellar piece of work. My faith is being slowly restored in the Nigerian literary scene. Should you buy this book? Yes. Best time to read it? Basically anytime you need something soothing. This gets 4 out of 5 stars.

Ebimoboere Ibinabo Dan-Asisah is a graduate of Law who is passionate about all things literature. When she isn’t reading, she’s frowning at her laptop either writing or cursing grammatical errors.