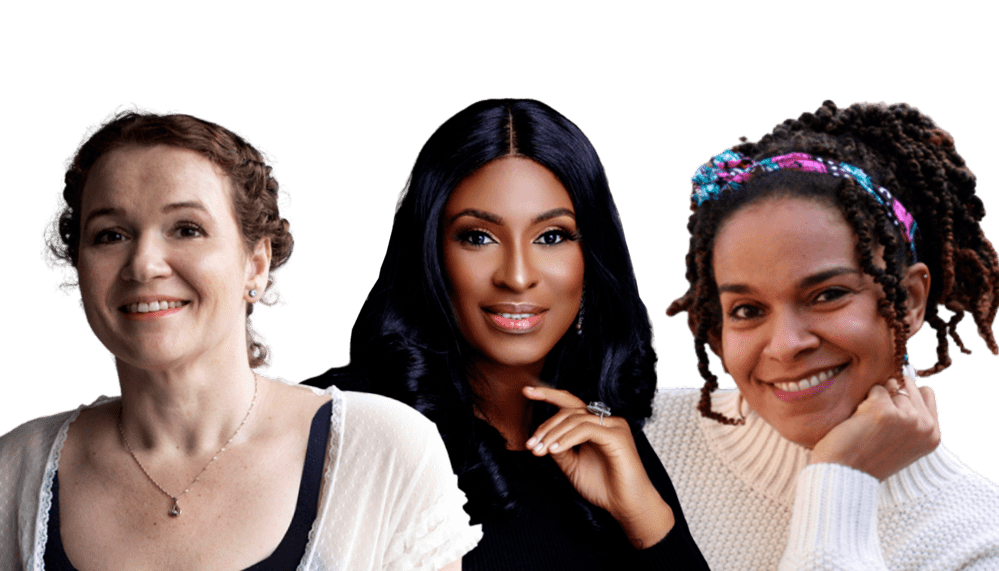 We are pleased to formally announce that 3 writers have joined the Masobe Books family. These writers share an extraordinary talent and have created works that are phenomenal in scope and in craft.

The writers and their forthcoming books (which will be published in the first quarter of 2022) are:

1. Bina Idonije:
Bina debuts with an exciting novel titled, Bridges are for Burning, an introspective story of modern romance; an examination of love, sisterhood and friendship.

On the eve of Valentine’s Day, Oghogho ‘Gigi’ Dempster wore her heart on her sleeve. At almost thirty-one, she is single and ready to mingle after nearly two years of relegating her love-life to the curb in favour of growing her fledgling social media company. Her beautiful best friend, Alana, is newly pregnant for the love of her life, Benjamin Halal, and her sister, Efemena ‘Fifi’ is married to wealthy aristocrat, Lotanna Dike. But on that February 13th night, Gigi wasn’t looking for what her best friend and sister had; not love or marriage, but a temporary connection and intimacy. How could she have known that that night would dramatically alter the course of her life?

Bina’s earliest memory of writing dates back to the eighties, when she was about 6 or 7, and with a pencil, she wrote and illustrated a work she titled, Johnny the Scalawag, and bound its seven or eight pages with water gum to create a book. Today she is a lawyer by training, whose interests, when she is not being a legal professional, include and surround “chopping life”. She resides in the chaotic coastal city of Lagos, Nigeria, with her husband and three children.

2. Efua Traoré:
Efua will take children, young adults and even adults on a richly imagined magical realist adventure in her debut novel, Children of The Quicksands.

Twelve-year old Simi is sent to stay with her grandmother in a remote village deep in the forests of Nigeria. Witch-like and tight-lipped about the past, her grandmother hints at a tragic family secret – but won’t tell Simi the truth. Simi is desperate to discover it for herself. But it’s when she’s caught in the red quicksand of a forbidden lake that her adventure truly begins. Can she bring her family back together and restore peace to the village?

Efua Traoré is a Nigerian-German author who grew up in a small town in Nigeria. For as long as she can remember, her head was filled with little stories, but it was not until much later that she began to write them. She has also lived in France and Germany, and she writes in English and in German. If she had her way, she would travel much more and write every day. Children of The Quicksands is her debut novel, which won the Times/Chicken House Children’s Fiction Competition in 2019. Efua is the winner of the Commonwealth Short Story Prize 2018. She lives in Munich with her husband and three daughters.

3. Karen Jennings:
Karen’s An Island explores ideas that are as old as stories themselves—about guilt and fear, friendship and rejection, the meaning of home. It’s been longlisted for the 2021 Booker Prize and has been described by the Prize Judges as ‘a moving, transfixing novel of loss, political upheaval, history, identity, all rendered in majestic and extraordinary prose.’

A young refugee washes up unconscious on the beach of a small island inhabited by no one but Samuel, an old lighthouse keeper. Unsettled, Samuel is soon swept up in memories of his former life on the mainland: a life that saw his country suffer under colonisers, then fight for independence, only to fall under the rule of a cruel dictator; and he recalls his own part in its history. In this new man’s presence, he begins to consider, as he did in his youth, what is meant by land and to whom it should belong. To what lengths will a person go in order to ensure that what is theirs will not be taken from them?

Karen Jennings is a South African author. Her debut novel, Finding Soutbek, was shortlisted for the inaugural Etisalat Prize for African Fiction. Her memoir, Travels with my Father, was published in 2016, and in 2018 she released her debut poetry collection, Space Inhabited by Echoes. Currently living in Brazil, last year Karen completed post-doctoral research at the Federal University of Goiás on the historical relationship between science and literature, with a focus on eusocial insects. Karen works with the mentorship programmes run by Writivism and Short Story Day Africa, both of which promote writing in Africa. Her interests lie in colonialism, historically and in the lasting impact that it has had on the continent of Africa and beyond. She is particularly concerned with the quiet lives of the everyday people who have been mostly forgotten by the politicians, big businesses, and the rest of the world. In this way, she strives to give the ordinary a voice that can be heard and appreciated. Karen was a Miles Morland Foundation Scholar while writing this book.

Specific release dates for each book will be announced in due course. For more information, please contact: Theresa Egware at 07018383286, email: info@masobebooks.com or visit the Masobe Books website at www.masobebooks.com.

Our primary aim is to encourage reading by making available to the public, great books by talented African authors who bring our stories to life.
Share: